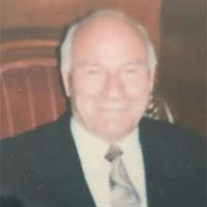 William N. “Bill” Christian was born in DeQueen, Arkansas on September 17, 1922 and quietly passed away on April 3, 2019 in Oklahoma City. Following his undergraduate studies, Mr. Christian served voluntarily for three and one-half years with the U. S. Army Field Artillery during World War II, rising in rank from Corporal to First Lieutenant. He served in assignments that took him from the U.S. to the Philippines. After his WWII service, Bill returned to OU, where he graduated in 1949 with his LLB. After a short stint in private practice, Mr. Christian returned to military service during the Korean Conflict, serving for two years in the U.S. Army Field Artillery at Ft. Sill, near Lawton, Oklahoma. He was promoted from First Lieutenant to Captain while serving as an artillery instructor, training both U.S. and foreign officers ranking from lieutenant to colonel. Bill returned to public service after the end of the Korean Conflict, beginning with his term as County Attorney in McCurtain County. Mr. Christian later served as Oklahoma’s Secretary of State from 1959 to 1963 under governors J. Howard Edmondson and George Nigh. Mr. Christian served as General Counsel and Conservation Attorney for the Oklahoma Corporation Commission, circa 1968. He enjoyed his private practice of law when not engaged in public service, with offices through the years in Idabel, Norman, and Oklahoma City. Bill is survived by his daughter, Kathy L. Christian. A service for Mr. Christian will be held at 10:00 a.m. on Thursday, April 11, 2019 at the St. John Episcopal Church of Norman, 235 West Duffy, Norman, Oklahoma. To send flowers or a memorial gift to the family of William N. "Bill" Christian please visit our Sympathy Store.
To order memorial trees or send flowers to the family in memory of William N. "Bill" Christian, please visit our flower store.