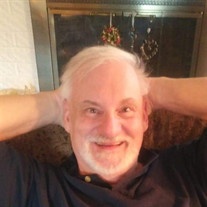 Steven Lee Curtess was born February 18, 1948 to Mr. and Mrs. E.J. Curtess, Jr in Oklahoma City, Oklahoma. He Passed away unexpectedly on October 16, 2019. He was a typical 1950’s boy. He played baseball for the McKinley Scissortails, he was a cub scout and boy scout and enjoyed roaming the neighborhood to play with his school friends. He was a 1966 graduate of Southeast High school where he made lifelong friends. As life went on, he made many new friends with lots of good times including putting his boots on for a night of country dancing. He followed in his daddy’s footsteps and became a pipefitter by trade. He worked on U.S. Embassy’s throughout the world performing he pipefitting duties. He is survived by his loving wife, Arlene, his son Nathan, and daughters Billie and Stephanie, his grand children Jackson and Hartleigh, his sister Sherri as well as many cousins, nieces and nephew. He is forever loved and forever missed. Family Gathering will be held at the Corbett Memorial Chapel on October 18 at 6pm. To send flowers or a memorial gift to the family of Steven Lee Curtess please visit our Sympathy Store.
To order memorial trees or send flowers to the family in memory of Steven Lee Curtess, please visit our flower store.