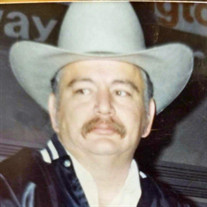 Roger Alan West was born March 9, 1947 in Pryor, OK. Passed away July 17, 2021 in Del City, OK. Preceded in death by parents Margie Sickles, Lewis West, and stepfather Harley Sickles. Survived by sisters Susan Mcdade and Jane Fink. Sons David West and his wife Launa,  Adam West, daughters Amanda West and Ashley Kiplinger and husband Chris , and 14 grandchildren: David: Paige, Hunter, Dalyn, Emma, Wyatt-  Amanda: Skylar, Alexis, Meliyah -Adam: Haley, Kayla -Ashley: Tyler, Kyle, Nathan, Gracie.   Roger grew up in and graduated at Del city High School in 1965. He joined the Marine Corp and proudly served for seven years. He worked various jobs including security at OU, and as a surveyor until 1976 when he started working at Metro Transit where he drove a bus for 34 years and 11 months until he retired in 2011. Roger was a single father of four children: David, Amanda, Adam, and Ashley. He loved his kids. He loved to take them to do the things he enjoyed like rodeos, fishing, shooting, horseback riding, the state fair and St Patrick’s Day parades. He always worked hard to support his family. He was proud of his Irish and Cherokee heritage. He regularly donated to charities and police organizations. He was not a man of many words. He was a man of immeasurable strength and more fight in him than most. He enjoyed spending time with all of his grandkids. He loved to take them out to eat and have family time. He loved country music, westerns and war movies.  He was a simple man, always in boots, jeans and cowboy hat, who was dedicated to his family. David remembers riding horses at lake Draper Roger found a persimmon tree and taught David how to predict the winter by reading the seed.  Adam remembers Roger taking Him and Ashley outside and catching bees and He would help them catch lightning bugs and put them in jars.  His granddaughter Emma was his little buddy. She would cuddle up next to him and watch cartoons for hours. He enjoyed that so much. Every time he saw little Wyatt, his face would light up. He called him Wyatt Earp. He loved watching Hunter and Dalyn grow up and was convinced they would out grow their dad. He was a man set in his ways who always had to be bribed with a cookie to do his physical therapy. He used to watch Bananza and The Rifleman everyday with his daughter in law Launa. To send flowers or a memorial gift to the family of Roger A. West please visit our Sympathy Store.
To order memorial trees or send flowers to the family in memory of Roger A. West, please visit our flower store.