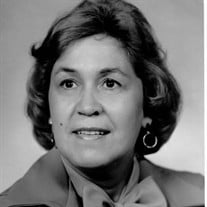 Thursday, May 16th, 2019 - 12:00 PM - Victory Church - Edmond 1515 N. Kelly Ave. - Edmond, OK - 73003 Patricia Ann Conine was born in Ponca City, Oklahoma on June 21, 1938 to Gladys and Alfred Thele. She attended Kildare Elementary School and Ponca City High School, where she graduated in 1956. She became an honorary member of the Class of 1957 once she began dating her husband Wilton. Patty met Wilton while working as a car hop at The Pig restaurant in Ponca City. Wilton and Patty were married on August 24, 1958 celebrating 56 years of marriage before his passing in 2014. She began her lifelong banking career at Security Motor Bank in Ponca City as a teller and continued thru her retirement from IBC bank as Vice President of Operations. Patty was one of the first women Bank Officers and Vice President in Oklahoma. She won numerous business awards and in 1975 earned a degree in Bank Administration at The University of Wisconsin. She was a member of many civic and prestigious banking organizations, while furthering the cause of women in the workplace. In 1962 they moved to Oklahoma City. In 1965 and 1968, Wilton and Patty adopted their two daughters Tammy and Sally. They filled their home with love, laughter, music and friends. They had many adventures together collecting memorabilia, starting businesses and travelling throughout the U.S. and the world. She enjoyed OSU wrestling, bowling, square dancing, playing cards, old movies and spending time with her grandchildren and great grandchildren. Patty's faith and trust in God was strong and never failing, even during her battle with Ovarian Cancer. Her arms were always open, her heart always loving and her eyes always seeing the best in everyone. To send flowers or a memorial gift to the family of Patricia Conine please visit our Sympathy Store.
To order memorial trees or send flowers to the family in memory of Patricia Conine, please visit our flower store.