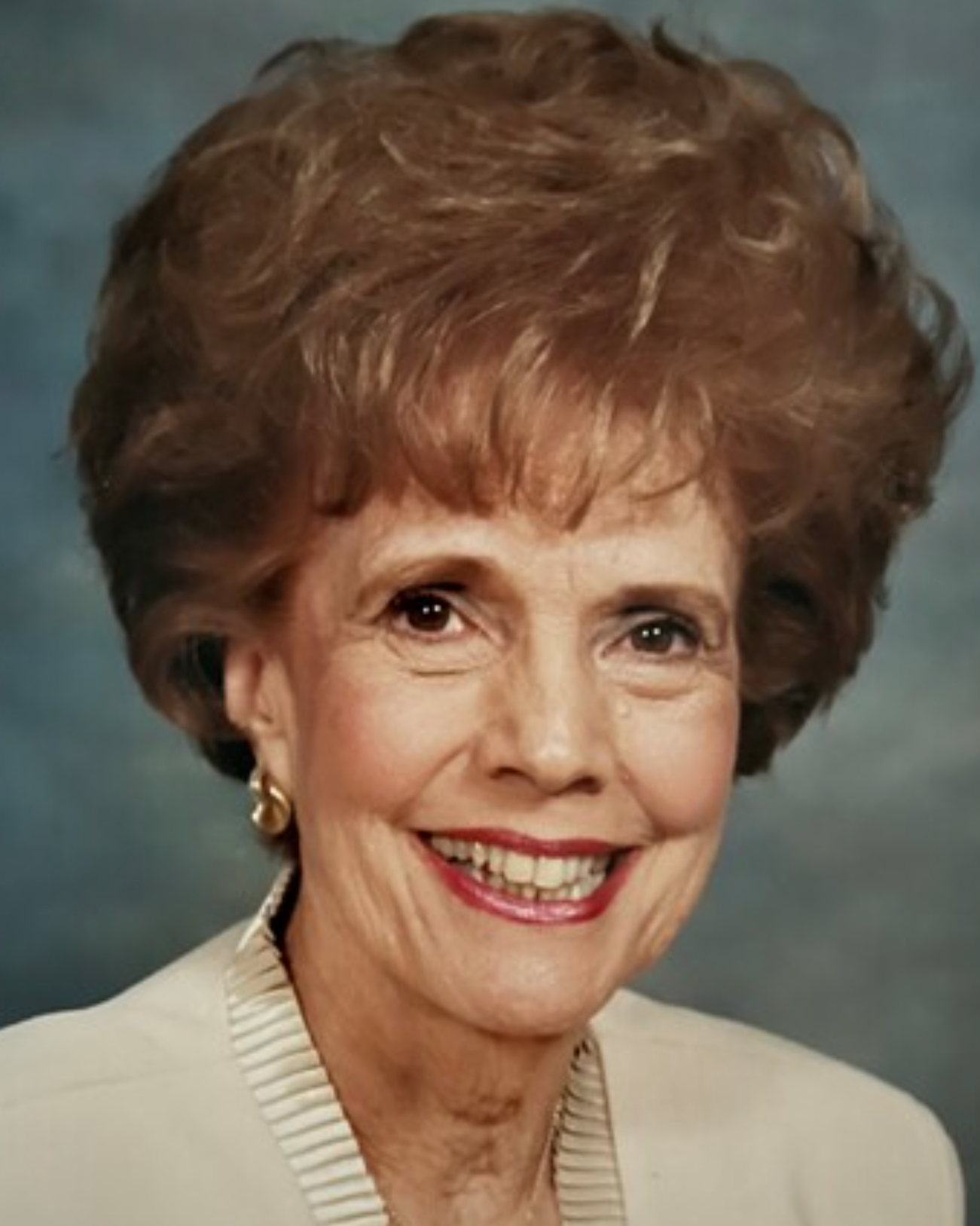 Joyce Crouch Monroe Hirlinger, 92, passed away peacefully November 13, 2022, in Oklahoma City, OK. Joyce and her identical twin sister, Jean, were born on February 24, 1930, in Fort Worth, TX, to Raymond and Rebel Crouch.

She grew up in north Texas near Denton and attended North Texas University and Baylor University, obtaining a degree in secondary education. After graduation she began her career as a school teacher. She later met and married Don Monroe, also from Denton, TX,  in 1961. They resided in Dallas in the Lake Highlands neighborhood where they raised their three daughters until retirement when they moved to Gainesville, TX in 1992.

After Don’s passing in 1995 Joyce married Charles Hirlinger in 2000, and they enjoyed 20 golden years together living on Lake Kiowa and recently in Oklahoma City.

Joyce was immensely proud of her family and was a fiercely loyal wife, sister, mother, aunt, and grandmother. She leaves behind a legacy of wonderful memories. She loved Baylor University, her bridge club, her University Park United Methodist Church Sunday school class of newlyweds (which stayed together for over 25 years), her Chi Omega sorority alum group, and her ADK teachers sorority. She enjoyed travel, attending twin conventions and daily phone calls to her beloved twin sister, Jean.

Joyce is survived by her three daughters and their spouses: Donna Olsson of Austin, TX, Gayla and Scott Thompson of Houston, TX, and Mary and James Reilly of Dallas, TX; her seven grandchildren and their spouses: Holly and Asa Reilly, Eric, Alex and Andrew Olsson, Adrianna Morrow and her husband Luke, and Amanda Thompson; and her youngest sister, Margaret Crouch.fa

Joyce is preceded in death by her first husband, Don Monroe, her second husband, Charles Hirlinger, her twin sister, Jean Markey, her younger brother, Raymond Crouch, and her parents, Raymond and Rebel Crouch.

To order memorial trees or send flowers to the family in memory of Joyce Crouch Monroe Hirlinger, please visit our flower store.