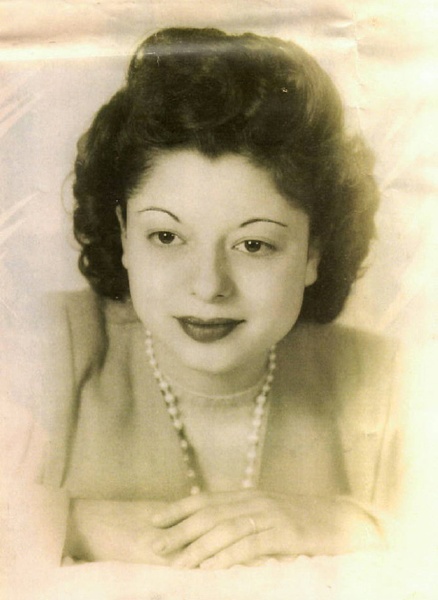 Mollie attended school in Wichita, Kansas.  As a young girl, Mollie worked at a local diner in Wellington, Kansas.  It was there that she met her future husband, Lloyd Curtis Kennedy.  Mollie and Lloyd married on October 21, 1947 and shared 63 years of marriage.  They were blessed with four children:  Billy Ray Kennedy, Lester Lee Kennedy, Melody (Kennedy) Wilson and Nancy Kennedy.

Mollie and Lloyd moved to Davenport in 1960 following the oil field with Oscar Bridge.  During their years of living in Davenport, they made many lasting friendships and happy memories.  Mollie was a member of Home Demonstration Club and Mothers’ Club.  As the result of Lloyd’s successful business, Mollie and Lloyd were able to travel extensively, including trips to Spain, Jamaica, the Bahamas and Hawaii.

Mollie’s dream was always to be a nurse.  She went to school to become an LPN and was a member of the first class to graduate from Drumright Vo-Tech in 1970.  She worked for numerous places in Lincoln County as an LPN.  In later years Mollie and Lloyd moved to Oklahoma City where Mollie continued to work in long-term care facilities.

Mollie was preceded in death by her parents; her husband, Lloyd Kennedy, on January 2, 2011; sons Billy Ray Kennedy and Lester Lee Kennedy on May 25, 1955; her brother-in-law Robert (Bob) Collins; and Margie Collins, the wife of her nephew, Steven Collins.

Mollie is survived by her daughter and son-in-law, Melody and Billy Wilson of Oklahoma City; her daughter, Nancy Kennedy of Harrah; sister-in-law, Bonnie Collins of Wichita; nephews, Steven Collins, of Udall, Kansas, and Greg Collins and wife, Pam, of Wichita; niece, Stephanie Grant and husband, Dan, of Wichita, and numerous great and great-great nieces and nephews.

Mollie’s family gives special thanks to her caregivers and would like to express their deepest appreciation for the many expressions of love and acts of kindness.  Your thoughtfulness will always be remembered.

To order memorial trees or send flowers to the family in memory of Mollie Anne Kennedy, please visit our flower store.