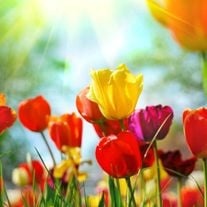 Lynda Rae Murray (Eastin) passed away on June 11, 2018 in Oklahoma City, Oklahoma. She was born on July 20, 1943 in Orlando, Florida she is the daughter of Grant and Cleatus Eastin (Miller). Lynda Rae Murray (Eastin) worked in Elementary Education as a Science Teacher. Lynda was born in 1943 in Orlando, Florida. Her father was in the Army Air Corps and was a skilled airplane flight instructor. After the war he helped to construct oil refineries and pipelines. This meant a lot of transfers all over the USA. Growing up Lynda quickly learned the art of making new friends having attended about a dozen different schools. Lynda had one sister, but sadly she died of a brain aneurism at an early age when Lynda was just a young teen. As a teenager Lynda found herself in Philadelphia in the 1950's and just in time to dance a few times on Dick Clark's American Band Stand. She was able to spend her Senior Year in Oklahoma City and attended Northeast High School where she met and married her high school sweetheart. Soon Lynda and her new husband had their first child. Kenneth Todd Felker. And soon followed a baby girl. Tragedy struck the young family as Michelle Felker was born with Cerebral Palsy. The strain of a special needs child took it's toll on the young marriage and soon Lynda found herself a single Mom looking for work and raising a special needs child along with her brother. Some time later Lynda met her second husband and they began their marriage on a farm in McLoud, Oklahoma. Soon Lynda was blessed with another boy, but again tragedy struck as the premature baby Mark Stacy died one day after birth. Not too long after than Lynda gave birth to her second daughter Celestia Stacy and followed a few years later by her youngest son William Stacy Jr. The marriage lasted several years while they raised their children and were able to place Michelle at Pauls Valley State School where they had great facilities to care for her. During her time at McLoud Lynda became immersed in the local church and began teaching Sunday School and Children's Choir, but the marriage began to unravel and again Lynda found her self single again. She picked herself up and dusted herself off as she was accustomed to doing and began classes at Oklahoma University to earn a teaching degree. It was at this time that Lynda joined an organization called Parents Without Partners. Her future husband Daryle Murray found himself in a similar situation after a 21 year marriage. Heavenly plans were in the making as Daryle was led to Parents Without Partners also. Lynda was a greeter at the organization and soon they found themselves at a dance social held by the organization. Some weeks later the organization held a dance lesson session and Daryle's waltz instructor was non other than the American Bandstand Dance Queen Lynda. Stumbling over his two left feet did not keep Daryle from looking into the eye's of his future bride. Nine months later they began their journey as husband and wife on a 27 year journey. Within six months of Lynda and Daryle's marriage tragedy once again raised it's ugly head. Michelle had been taken to the Pauls Valley swimming pool for exercise. While in the pool Michelle suffered a seizure and before her trainer could not reach her in time and Michelle drowned. As time went by the blended family children were becoming young adults. The oldest Todd Felker moved to Hollywood and became a television film editor and worked on such shows as Friends as he honed his computer editing talents. Celestia Stacy graduated high school and met her husband Barry Schmelzenbach and they began their married life together producing two beautiful girls Clare Schmelzenbach and Vien Schmelzenbach. Her youngest boy William Stacy Jr. later moved to Colorado and trained to become a hair stylist. Daryle's oldest son Jon Murray went to college and later met his wife Mary who loving young children became an Italian Nanny. Daryle's daughter Amanda Murray graduated from the University of Oklahoma and joined her mother in Kansas City. Amanda used her Communications Degree to land a job with Harley Davidson Motorcycle in Kansas City and later worked in the Communications Department for Ford Motor Company. She has one son Alex who is now ten years old and a steam locomotive enthusiast and Thomas the Train Expert. During Lynda's life she showed her love and her unsinkable strength to overcome adversity until COPD began to quickly take it's toll on her heart and lungs. Even with her disabilities she continued her love of children and helped in the Sunday School Department here at Putnam City Baptist and in the A W ANA'S department. Lynda's enthusiasm and inquisitive mind led her to become a bible scholar and a medical science enthusiast graduating with honors from OU. She was truly unique. A Grandmother, Mother, Wife, Step Mom and Wonder Woman who will be sadly missed, leaving a huge hole that will be filled with love and blessed memories. To send flowers or a memorial gift to the family of Lynda Rae Murray (Eastin) please visit our Sympathy Store.
To order memorial trees or send flowers to the family in memory of Lynda Rae Murray (Eastin), please visit our flower store.