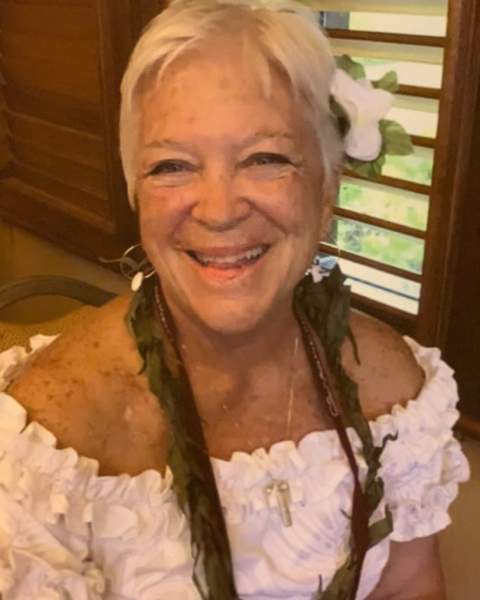 Laura Jane (LJ) Summers Ward, 74, of Jones, OK, passed away on Sept 11th, 2022. LJ was surrounded by loved ones as she passed peacefully. She was preceded in death by her father, Jack Garland Summers Sr. and mother, Marie Louise Summers, and younger brother Jack Garland Summers Jr. She is survived by husband, Anthony (Tony) Ward, son Justin Ward, his wife Christine, son Patrick Shorrie Ward, his wife Beth, daughter Summer Wood, and her husband Terry. LJ (Lala) had seven grandchildren: Austin, Hudson, and Georgia Wood, Lauren, Sofia, and Sadie Ward, as well as the youngest Grayson Ward. She also is survived by her older sister Rose Marie and Karl Schmid, their daughter Adriane, her husband Phil, and their daughter Hailey Freeman. As well as her nephew, Jay Thomas.

LJ was born and raised in Oklahoma City where she became interested in the arts. Her passion was dance. Her early ballet career started under the tutelage of Yvonne Chouteau. She also instructed ballet with Yvonne. Later, she went on to become the founder of Inner City Dance. She was also involved in Prairie Dance Theater. She was also integral in starting the Golden Swans program for seniors at Oklahoma City Ballet. Later in her career she became interested in Hula and worked with Aloha Music Camp in Kauai. LJ was also an accomplished artist; her favorite medium was watercolor portraits of her loved ones. LJ also was active in multiple national and international dance organizations and was awarded a Community Service Award at the Annual Governor’s Arts Awards for Excellence in the Arts.

As per LJ’s request, no funeral or memorial service will be held at this time. To honor her memory, her family will hold a celebration of her life on a date that is yet to be determined.

We invite you to make a donation to Oklahoma City Ballet in her honor, in lieu of sending flowers.

To order memorial trees or send flowers to the family in memory of Laura J Ward, please visit our flower store.