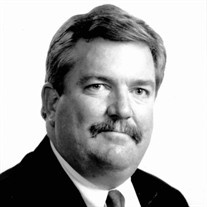 John Joseph (Jack) Ely Jr., husband, father, Irish Catholic, and self-proclaimed Vatican commando, left this life on March 9, 2020 from the comfort of his favorite chair. Knowing Jack, Family Feud was on TV. Jack was born June 9, 1956, in Evergreen Park, IL, to John and Shirley Ely, who predeceased him. His family lived in St. Louis and Kansas City before settling in Bartlesville, OK, where his dad worked for Phillips Petroleum. He and Lynn Berger met in high school and married after college, when they moved to OKC to raise sons Patrick, Michael, and John. Son Michael compared his dad to Atticus Finch in To Kill a Mockingbird, one of Jack’s preferred books, quoting, “He was the same in his house as he was on the public streets.” At home and in public, Jack stood up for the forgotten man. His first job out of OU Law School, as an attorney for Legal Aid, connected him with people who needed his help, and they captured his heart. From Legal Aid to his own practice, and then as counsel for DHS Adult Protective Services, where he worked until his death, Jack was a tireless advocate for those in need, often performing services pro bono. Lynn believes that his legal background gave him a unique ability to read people and solve problems, and his pithy advice and acceptance of human nature taught her to navigate many difficult situations. An inquisitive man who loved a good debate or just shooting the breeze, he passed on his love of music to his boys, who remember riding in their van and listening to all types of music, especially rock, folk, and R&B. He loved reading and history, both world and family, and enjoyed nothing better than swapping stories with friends and relatives. Jack also liked sports, mostly baseball and football and Thunder basketball. He logged hours on the diamond coaching his sons in t-ball and baseball, and family vacations often included a stop at a famous ballfield to take in a game. He and Lynn’s OU football parties were legendary. One of his toughest decisions was who to root for when OU and Notre Dame played, but in spite of his Southside Chicago Catholic background, OU remained his team. Jack participated in Boy Scouts with his kids, who have great memories of camping, canoeing, digging for crystals, and biking through Slippery Falls. They loved his easygoing nature and remember that he could solve almost any problem by advising them to, “Get your ducks in a row, quit your carousing and eat your greens.” In addition to his wife and sons, Jack is survived by his brother, Edward Ely and wife, Jane, of Omaha, and many friends. Services pending at this time. In lieu of flowers, donations in Jack’s honor may be made to Legal Aid Services of Oklahoma, Inc. To send flowers or a memorial gift to the family of John Joseph Ely Jr. please visit our Sympathy Store.
To order memorial trees or send flowers to the family in memory of John Joseph Ely Jr., please visit our flower store.