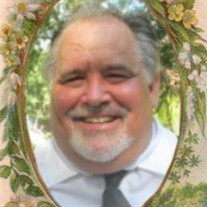 John Jerome Clem, III, 60, of Edmond Oklahoma passed away September 26th, 2021 at the Heart Hospital in OKC. John was born in Dallas Texas, October 10th, 1960 to the late John Jerome Clem, Jr, (Jerry) and Martha (Klandrud) Clem. After John graduated from JJ Pearce High School 79' in Dallas, Texas he went on to earn his Bachelor's of Science degree at Texas Christian University. John was very proud of his diploma from TCU. He was an older student, married, had children and worked very hard for his 3.9 average. He was accepted to Baylor College of Dentistry where he studied for three years and was President of his class. He and his wife, Jan, moved their family to Edmond, OK in 1994 and started his own Orthodontic Lab business after attending many courses in CA and NY while working with his father in Dallas. John loved to learn. In 2012 he started his dream job with his family, Klemms Smoke Haus. John loved to cook and create recipes. He was the best at smoking meats and made the best okra and fantastic desserts for all to indulge in. John was best known though for his story telling. He could site so many phrases from movies and was always asking "Who's singing this song?". His best rewards were his wife, his children and their spouses, grandchildren and his beloved pups. All you had to do was tell him you were in need of something and he made sure you had it. He was the best gift giver and had the best smile and gave the best hugs. It was very important to John to tell the truth and do your very best at anything you did. He considered himself one very blessed man. We were the one's blessed by God blessing us with him. John loved the Lord and his family with all his heart. Miss you so much Poppy and love you with all our hearts. See you soon! John is preceded in death by his parents, Jerry and Martha Clem and his nephew James Dunlop. John is survived by his loving wife, married 39 years, of Edmond Oklahoma, Jan (Carnes) Clem; his son, John Jerome Clem IV, (JJ) and his wife Linzi of Edmond, Oklahoma and his daughter Ashley Thomas and her husband Matthew of Yukon, Oklahoma. Grandchildren, Hallie Clem, John Jerome Clem, V, (Jack) Brodie Clem of Edmond, Oklahoma; Olivia Thomas, Dillon Thomas and their third child due August 1st of Yukon, OK. Sisters, Cynthia Christensen and her husband Kevin; Pamela Perry and her husband David; Rebecca Dunlop and her husband Woody; Nancy Gilbert and her husband Bill. Nieces and Nephews, Amye Dunlop; Laura Perry; Meghan Gilbert; Chris Christenson and in his wife Sara and their sons; John Dunlop; Trevor Gilbert and his wife Madyson and their daughter. Many Aunts, Uncles and Cousins. A memorial is planned for 11 a.m. on Thursday, April 28th, 2022 at The Heights Church in Richardson, Texas. To send flowers or a memorial gift to the family of John Jerome Clem III please visit our Sympathy Store.
To order memorial trees or send flowers to the family in memory of John Jerome Clem III, please visit our flower store.