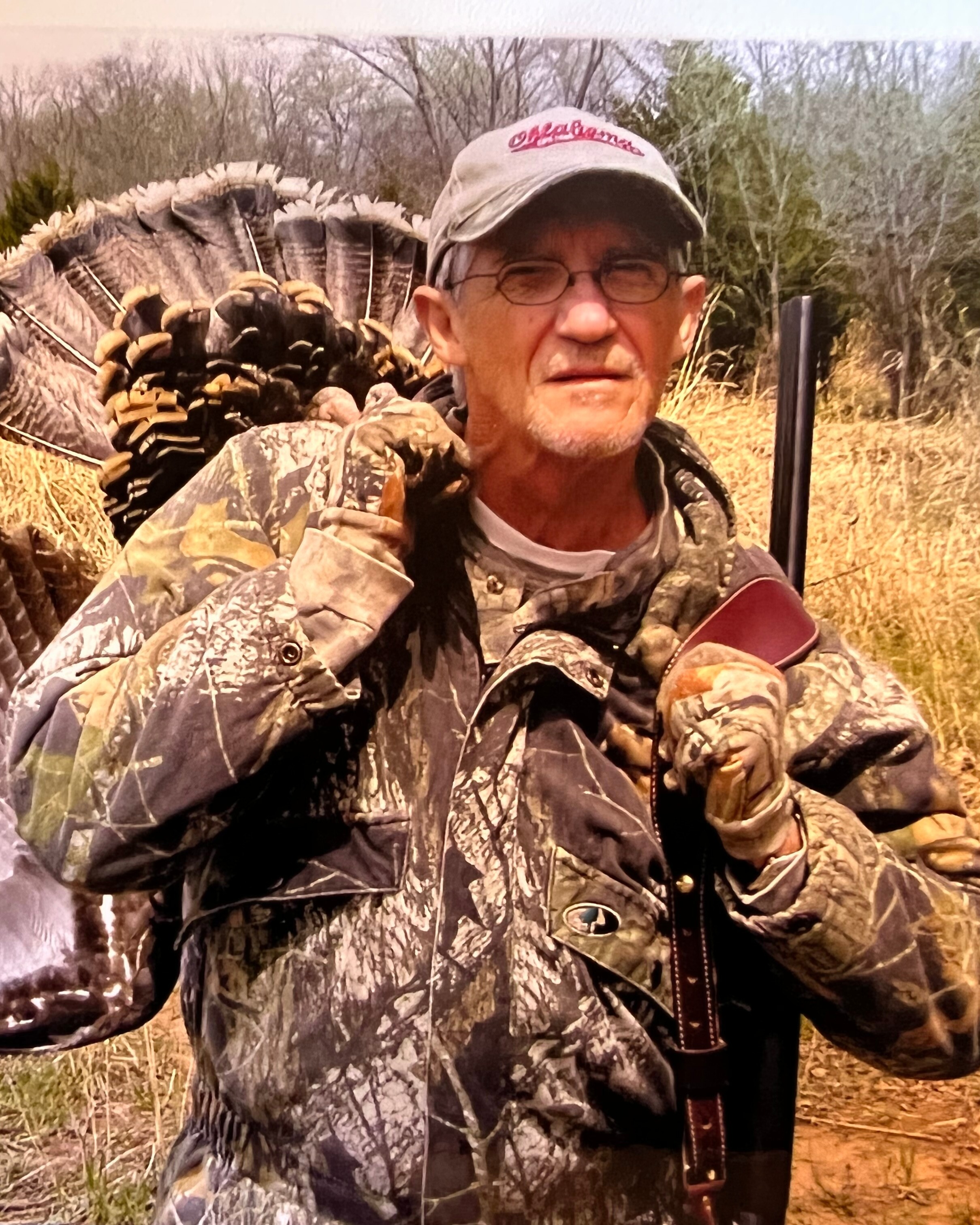 He was proceeded in death by his Father, Mother, and brothers, Jerry Wood, and Dana Wood.

Dad was an avid outdoor enthusiast from the time he could walk. He spent most of his life hunting and
fishing. He started his sons, grandsons, and great grandsons at an incredibly early age, and they have
become great hunters and fisherman. Along his journey he inspired many friends and young men who
never had the opportunity to love the outdoors as he did. He was respected for sharing his knowledge
and time of hunting and fishing to anyone that would listen.

Dad coached his sons in baseball for many years and then as adults coached The Cowboys and Dub
Richardson softball teams. He traveled all over with his players and to this day still call him “coach.”

He raced go-karts and then progressed up to stock cars at the OKC fairgrounds. This was a family love
that was passed down by his father and the #03 car is now driven by his nephew, Joe Wood Jr. He loved
Nascar and has a mass collection of memorabilia.

To order memorial trees or send flowers to the family in memory of Benny Wood, please visit our flower store.