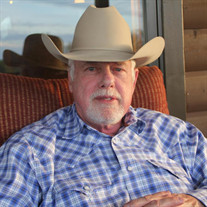 William Mack Croom, DDS, was born January 3, 1942 in Oklahoma City and left his earthly body on a beautiful Christmas morning, December 25, 2021. At the age of 11, he and his family moved to Ardmore, OK, where he spent his childhood. Bill graduated from Ardmore High School class of '60 where he excelled in football, basketball, and track. Following high school, Bill attended the University of Oklahoma where he pledged Sigma Alpha Epsilon fraternity. He made many lasting friends at OU. In 1963 he was accepted into the University of Missouri-Kansas City School of Dentistry. He received his Dental Degree in 1967. From Dental School he went on active duty with the USNR. Returning to Oklahoma City, following his tour of duty in Vietnam, he entered a one-year dental internship at St. Anthony Hospital. In 1970, he began a three-year residency in Oral and Maxillofacial Surgery at the University of Oklahoma Medical Center. While at St. Anthony Hospital, he met Dana Ann Dahlgren. Following a short courtship, Bill and Dana were married. For over fifty-one years, true love and support from one another allowed this lasting relationship to prevail. Bill and Dana have three daughters; Allison Croom, Amy Croom, DDS, and Courtney Croom. They have four grandchildren, Allie and Will Kuker, and Mack and Mitchell Folger. Preceding Bill in death were his parents, Anna Beth and Roland Croom. He is survived by his brother and sister-in-law Richard and Kimberly Croom. He leaves behind a special brother and sister-in-law, Don and Alice Dahlgren and many special nieces and nephews. Bill made many wonderful friends and we can never forget those who were by his side 'til the Good Lord called him home. Dr. Croom practiced Oral and Maxillofacial Surgery for 37 years. Following his retirement from private practice, he taught at the OU College of Dentistry for 6 years. He enjoyed very much working with the students and residents. During that time, he received numerous awards from the Department of Oral Surgery for outstanding teaching. Although he loved his profession, his family was his priority. He spent countless weekends at Grand Lake boating, skiing in Colorado and he never missed his girls' sporting events and dance recitals. Bill enjoyed many hobbies. He loved to run and completed the New York City Marathon, Twin Cities Marathon and Marine Corp Marathon. He also enjoyed golf, scuba diving, hunting upland game, riding his Harley and even earned a private pilot's license. Dr. Croom always had a desire to help others in need. He volunteered at several clinics in Oklahoma City, providing oral surgery services to the underserved and needy. The Kings Klinic and Crossing Clinic were two of the clinics he attended. Dr. Croom also went to Russia on four occasions, with groups from St. Luke's United Methodist Church, providing medical and dental supplies and services. Dr. Croom will be remembered for his kind, compassionate, and generous heart. In lieu of flowers, donations can be made to the Parkinson's Foundation of OKC, Mercy Hospice or St. Luke's United Methodist Church. A service of celebration will be held Thursday, January 20, 3pm at St. Luke's United Methodist Church, Downtown Campus.

William Mack Croom, DDS, was born January 3, 1942 in Oklahoma City and left his earthly body on a beautiful Christmas morning, December 25, 2021. At the age of 11, he and his family moved to Ardmore, OK, where he spent his childhood. Bill graduated... View Obituary & Service Information

The family of William Mack Croom created this Life Tributes page to make it easy to share your memories.

Send flowers to the Croom family.