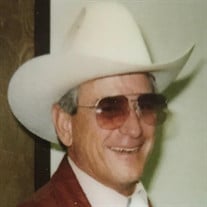 STANLEY DALE RORICK In Loving Memory Dale was born in Guthrie, Oklahoma on October 21, 1940, and passed away on October 7, 2020, after a long battle with Alzheimer’s. Dale was pre-deceased by his parents Don and Nell (Cullison) Rorick, and his sister Peggy Gage, all of Ardmore, Oklahoma. He is survived by his sister Judy Rooms, wife Maggie, and children: Randy (Holly) Rorick, Lisa (Kerry) Rorick, Teressa (Chuck) Pivniska, and Shawn McCarty; grandchildren Rachel Rorick, Reid Rorick, Brian (Amber) Wasserman, Brice Wasserman, Braden Wasserman, Breann (Brandon) Roberts, and Bracen McCarty; great grandchildren Brooklynn, Maci, Kyren, and Jaxton; nephews Eric Gage, Mark Greenway, Alan Rudd, and Russell Rooms; Niece Donne Wilkins; and numerous more family and friends by which he will be dearly missed. Dale graduated from Ardmore High School, Class of ’58, and went to the University of Oklahoma with a music scholarship. He later transferred to Central State College, in Edmond, Oklahoma, where he received a Bachelor’s Degree in Music, in 1963. In his early years, Dale taught water skiing at Lake Murray. After he graduated college, he became the band director and teacher at Mount St. Mary’s High School in Oklahoma City. He was a jack of all trades when it came to employment. He managed the Goodyear store in El Reno, OK.; he was the supervisor of the Agriculture/Bovine breeding department for Oklahoma State University in Ft. Reno; he excelled in music and played for multiple jazz bands around the OKC metro area, including “Rogel and the Frantics” in the 60’s and 70’s; he played saxophone, guitar, and back up vocals for the Elvis impersonator, Eddie Brandon; he founded and was the lead professor/program director of the Equine Management Program at Conners State College in Warner, OK. Dale loved insurance sales as well, the family believed this was because (since he was blessed with the “gift of gab” and we often said he could talk to a brick wall) he had a captive audience and would talk until the sun went down. All of that being said, he spent much of his life doing what he loved as a “horse whisperer”, a farrier, giving horseback riding lessons, and training horses (specializing in reining and cutting). Some of Dale’s acknowledgements/honors to mention are: he was a member of the “Teen Tones” traveling teenage band; in high school he was awarded “Drum Major of the Year” which earned him the music scholarship to the University of Oklahoma; he was the Drum Major for both Ardmore High School and Central State College as well; he was a member of the Phi Mu Alpha Fraternity; he authored a horse training guide, “Effective Equine Communications- So, you want a Horse”; he developed, manufactured, and sold his version of the bitless bridle, to aid in better and more humane communication between horse and rider; he also recorded an album/CD titled “Plenty of Sax”, which featured him on saxophone, covering several of his favorite songs. Some of Dale’s hobbies were playing saxophone, trail riding, water skiing, target shooting, anything outdoors, singing and playing guitar/sax for Cowboy Church. His main loves were his family, horses, music, faith, sports, and talking. He loved cheering for his OSU and Dallas Cowboys. Dale was a very bright, funny, athletic, dynamic, hard-working, charismatic, positive, upbeat, kind person. He always treated everyone in a polite, respectful manner. He was forgiving and always tried to see the good in everyone. He was down to earth and took a genuine, caring interest in anyone with whom he met. Dale never met a stranger and would give you the shirt off his back. When you were around Dale, you were likely having a fun time. He was the definition of a fun seeker. Our family feels we have lost a hero and an icon – he was a one of a kind son, brother, husband, father, daddy, uncle, great uncle, poppy, grandpa, great grandfather, and friend. The family would like to, very gratefully, thank all those in giving Dale, excellent care, at Maple Lawn Nursing Home, Hydro, Oklahoma. In lieu of flowers please consider a donation to The Alzheimer’s Association.

STANLEY DALE RORICK In Loving Memory Dale was born in Guthrie, Oklahoma on October 21, 1940, and passed away on October 7, 2020, after a long battle with Alzheimer&#8217;s. Dale was pre-deceased by his parents Don and Nell (Cullison) Rorick,... View Obituary & Service Information

The family of Stanley Dale Rorick created this Life Tributes page to make it easy to share your memories.

Dale was born in Guthrie,...

Send flowers to the Rorick family.