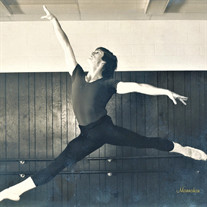 Robert Joseph (Bob) Trosper, Jr. Oct 21, 1953 – Jan 8, 2019 Bob Trosper, 65, passed away peacefully January 8, 2019, at his home surrounded by family. Bob was born October 21, 1953 at 12:36pm at Mercy Hospital downtown. He was the second of four children, the eldest son of Joe and Dottie Trosper, longtime residents of Oklahoma City. Bob was an exceptional scholar; valedictorian of his 1971 Northwest Classen High School Class of 601; winner of the Classen Award for Outstanding Senior Boy; National Merit Scholar and Honor Society President; winner of the Rensselaer Polytechnic institute Mathematics and Science Award; 1971 Social Studies Certificate of Merit, and the city-wide Exchange Club of Oklahoma City Boy of the Month (Representative of NW Classen) for October 1970. Bob was accepted to Yale University in 1971 on a combination scholarship for academics and athletics. He was a member of Jonathan Edwards College, and graduated with a BA in Biology from Yale in 1975. In 1981-1983, Bob attended the Graduate School of Business at the University of Texas at Austin, where he was a SORD Scholar (>3.8 GPA) and member of Beta Gamma Sigma (Int’l Business Honor Society). He received his MBA in Accounting, M.I.S. in 1983. Bob was also an accomplished athlete, with long success in diving and gymnastics. Bob began his AAU diving career at the age of 8, with the Kerr McGee Swim Club of Oklahoma City. He continued through High School in both AAU meets and for the Northwest Classen Swim Team. He won or placed in numerous one-meter and three-meter springboard events, including state and regional championships. He also continued to dive for the Yale Ivy League Team in New Haven. College graduation ended his diving career, but he could still complete his one-meter list of competitive dives into his thirties. Bob was a professional dancer, both ballet and musical theatre, in New York and nationally. He began ballet in college and in 1976 joined the Connecticut Ballet Company in New Haven as a standing member. He returned to Oklahoma City in the summers of 1976 and 1977 for the LYRIC Theatre Seasons. For the next several years, late seventies to early eighties, Bob lived and worked in NYC in the true gypsy lifestyle of musical theatre dancers of the era. After moving to Texas, Bob joined San Antonio Ballet Company and associated Joffrey Ballet Workshops they conducted. He also performed in a 1983 Dallas Summer Musical performance of Fiddler on the Roof and in a touring company of Promises, Promises in Mexico City. Bob worked as an accountant and financial analyst in Texas and New York, after his dancing days were over. He was employed by various companies including; Deloitte, Haskins and & Sells; Oberon International; April Graphics; Cathey Hutton & Associates; and, Invesco. Bob never lost his love for ballet and musicals; he spent his entire life following elite companies and performances, learning the scores, dancers and players, and attending as many performances as he possibly could. A true sci-fi buff, Bob grew up a huge fan of Silver Age DC and Marvel comic books, classic science fiction and fantasy novels, particularly Tolkien, and legendary shows such as Star Trek and Mystery Science Theater 3000. He read, watched and collected all extensively. He liked the satire in Doonesbury and the Simpsons. and 80’s pop music. He loved British shows: The Prisoner; The Avengers; Monty Python; Absolutely Fabulous; and, of course, Harry Potter. He enjoyed the Olympics and followed the sports of ice skating, gymnastics and tennis closely. He was annoyingly good at trivia with a very intellectual and wry sense of humor. A self-named “foodie”, Bob was a wonderful cook and baker. His pantry was always crammed full of spices, sauces, and condiments to test the latest recipes from magazines, TV or favorite chefs on the internet. From precocious and introspective child, Bob became an interesting and good man of many talents. He had an unassuming and humble nature; when meeting Bob you would never guess his level of accomplishments. His nobility was never more evident than in his loyal care of our father, living with him in our childhood home during the last seven years of Dad’s life. He will be missed beyond measure by those closest to him. Bob was preceded in death by his parents. He is survived by his sister, Katy Trosper of Oklahoma City; brother Dan with wife Jane Trosper and sons Ben, Joe, Brian, and Neal of Seffner, FL; brother Mike with wife Beth Trosper and sons Paul and Josh of Sunland, CA; plus, many cousins and friends. The family is eternally grateful for the wonderful care Bob received primarily from his loving cousins Peggy Trosper Sather and Marianne Trosper Lane, and dear friend Jennie B. Wood. A memorial luncheon to celebrate Bob’s life and say goodbye will be held at the home of Jennie B. Wood 4212 NW 22nd ST, Oklahoma City, OK, on Saturday, January 19, 2019 at 1 p.m. “Drink Deep the Cup of Life; Take its Dark Wine into your Soul for it Passes Round the Table Only Once” Jack McDevitt, Firebird

The family of Robert Joseph Trosper Jr. created this Life Tributes page to make it easy to share your memories.

Send flowers to the Trosper family.