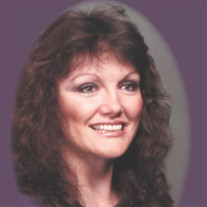 Rita June Ulman, a resident of Norman, Oklahoma was born October 27, 1951 in Enid, Oklahoma and died April 17, 2021 in Oklahoma City, Oklahoma. She was preceded in death by her parents June & Bill Lawson and brother Gaymon Lawson. Rita is... View Obituary & Service Information

The family of Rita June Ulman created this Life Tributes page to make it easy to share your memories.

Send flowers to the Ulman family.