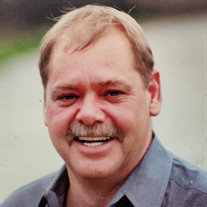 Rickey Wade Hartman, of Rush Springs, Oklahoma, passed away on January 28th, 2022, at the age of 66. After a brief illness, Rick passed away peacefully; with his beloved wife, Christa by his side and surrounded by loved ones, in Oklahoma City, Oklahoma. Rick was born on February 3rd, 1955 in Duncan, Oklahoma. One of 9 children, with a devoted and hard-working mother as his guide, Rick was known for his contagious grin, quick wit, and good humor. Rick enlisted in the United States Army in 1972. Rick met Christa in Germany, where he was stationed with the Army. It was love at first sight and they were married 1974. The two began their life together and traveled back to the United States in the 1980’s. Rick’s travels took him to many places around the world, but he always found comfort and peace with Christa at home. After Rick retired from 23 years with the United States Army; he then went to work for Lieca USA and United Ensco, eventually retiring in 2016. He and Christa settled into their home, just north of Rush Springs, Oklahoma. Rick enjoyed hunting, fishing, avidly reading, and staying up-to-date with current events. Rickey is survived by his wife, Christa Hartman; his son, Kenneth W. Hartman, his daughter-in-law Buffy L. Hartman; his granddaughters Aubrie Moore, Adeline Hartman, and Ava Hartman; his brother’s Lonnie ( Sharla) Hartman, Lewis Philip Hartman, and Kerry ( Malinda) Hartman, and his sister Terri McGee. He was preceded in death by his mother Maurine Cook-Hartman; his father Lewis Phillip Hartman Sr.; his infant son Rickey Hartman Jr.; his sisters Donna Hartman King, Sharon Kay Willett, Janice Hartman Thomason; Brothers-in-law John Joseph King, Roy L. Thomason; Sister-in-law Judy D. Hartman and Nephew Larry V. Willett. While Rick’s family grieves his loss, they are choosing to remember Rick in a way that honors his spirit. In accordance with Rick’s wishes, there will be no funeral. There will be a small private memorial at a later date.

Rickey Wade Hartman, of Rush Springs, Oklahoma, passed away on January 28th, 2022, at the age of 66. After a brief illness, Rick passed away peacefully; with his beloved wife, Christa by his side and surrounded by loved ones, in Oklahoma City,... View Obituary & Service Information

The family of Rickey Wade Hartman created this Life Tributes page to make it easy to share your memories.

Rickey Wade Hartman, of Rush Springs, Oklahoma, passed away on...

Send flowers to the Hartman family.