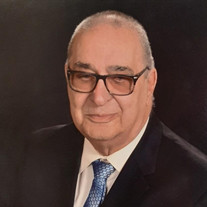 Ralph was born in Brooklyn, New York on June 25, 1944, the third child of Benjamin and Catherine (Agoglia) DeLuccio. After completing elememtery school he attended a printing trade school. He joined the U.S. Army and was assigned to Schofied Barracks on O’ahu, Hawaii where he met and married the first love of his life, Mary J. Negroish. After completeing his enlistment they returned to New York where he raised his family while working in the printing industry. With the advent of the computer industry the printing trades began to die out and shut down. Not one to give up Ralph returned to school and earned his degree in one of the medical billing fields. He became a certified tumor registrar and began another adventure in his life’s journey. Shortly after celebrating his 25th wedding anniversary Mary was diagnosed with benign meningoma which she suffered with for over ten years. Throughout these years Ralph cared for her while raising their youngest son and going to school. After Mary’s death Ralph met the second love of his life, Mary J. Sack while working at Valley Hospital in Ridgewood, New Jersey. He believed that it was God’s hand that brought them together. He lived in New York but worked in New Jersey and she lived in Kansas but had a temporary assignment in New Jersey and although they worked different fields they had the same supervisor who intentionally facilitated their meeting. Ralph considered his blended family one of his greatest blessings second only to his Catholic faith. His children were all HIS children although they didn’t share the same biological makeup. He said many times that he did not have step-children but only his children whom he loved with a true father’s love. They are oldest to youngest: Robert Anduha, Andrea Pierson, Rosetta Anduha, Anna Rodriques, Lisa Brillon, Anthony DeLuccio, Darrin Sack, Catherine Cordingley, Paul Sack, Anthony Sack, Christopher Anduha, and Nathan Sack. Those of his family born to eternal life before him are: his parents, Benjamin and Catherine DeLuccio; his first wife Mary Joseph (Negroish) DeLuccio; his son, Anthony Sack, daughters; Andrea Pierson, Catherine Cordingley, and Rosetta Anduha; grand-daughter, Noelle DeLuccio; and brother, Carmine DeLuccio. He is survived by his wife of the home, Mary Jane (Sack) DeLuccio; his sister, Rose DeLuccio; sons: Robert Anduha, Anthony DeLuccio, Darrin Sack, Paul Sack, Christopher Anduha, and Nathan Sack; daughters: Anna Rodriques, and Lisa Brillon; and many grandchildren, great-grandchildren, cousins, nieces, and nephews. In lieu of flowers, the family asks that donations be made on Ralph’s behalf to the American Cancer Society at https://www.cancer.org/involved/donate/memorial-giving.html

Ralph was born in Brooklyn, New York on June 25, 1944, the third child of Benjamin and Catherine (Agoglia) DeLuccio. After completing elememtery school he attended a printing trade school. He joined the U.S. Army and was assigned to Schofied... View Obituary & Service Information

The family of Ralph DeLuccio created this Life Tributes page to make it easy to share your memories.

Send flowers to the DeLuccio family.