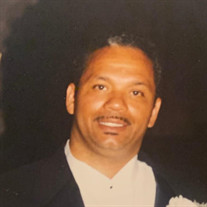 Michael Duane Wallace Sr. was born on June 3, 1957 in Oklahoma City, Oklahoma to Sarah Lee Brown and Ralph Wallace. He was called home on May 24, 2020. Michael has lived in Oklahoma all his life. He attended Northeast High School where he was active in football, bas­ketball and other school activities. Michael married his high school sweetheart Cheryl and they were married for 44 years. They were blessed with three beautiful children Jacqueline, Michael Jr., and Kevin. In 1979, Michael began his career at General Motors Automobile Plant in Oklahoma City, Oklahoma. He worked there and was a supervisor in various areas of the plant for over 25 years until his retirement. He was a proud mem­ber of the United Auto Workers Union 1999. Mike enjoyed the outdoors and was often hunting, fishing, and boating with his family and friends. He was always outdoors doing something. He was considered an expert gardener and grew several different varieties of fruits and vegetables. He was often called on to help others with their gardens. Michael was always keeping himself busy tending to his lawn and received Yard of the Month Awards from the neighborhood association. After viewing his beautifully groomed yard passers-by would stop and ask him to help with their yards.He loved to BBQ and had numerous requests by family and friends to cook them briskets and ribs. Michael had a kind heart and was always there to help out family and friends when asked and when he saw a need. He was called on by several of his neighbors to help them with various projects. The seniors in the neighborhood were special to him and they knew that he was always there to lend a hand. Mike loved his family. He would visit his parents daily to ensure that they had everything they needed. Michael will be truly missed by his family. Michael Duane Wallace leaves to cherish his memory, his wife Cheryl Wallace, Children: Jacqueline Martin (Myron) OK, Michael Wallace Jr. (Nakesha) CO, and Kevin Wallace, OK. Parents: Mae and Ralph Wallace OK, Grandchildren: Justin Martin and Mikayla Martin OK,. Sisters: Barbara Weeks, of Denver CO, Irene Smith OK, Venita Doe, (Jonathan) OK, Jessica Hill, OK, Brothers, Rickey Moore (Kathleen) OK , George Wright OK, Calvin Moore, CA. and preceded in death by Mother Sarah Lee McClelland, Brother Love Denton, and Brother Claude Olden.

Michael Duane Wallace Sr. was born on June 3, 1957 in Oklahoma City, Oklahoma to Sarah Lee Brown and Ralph Wallace. He was called home on May 24, 2020. Michael has lived in Oklahoma all his life. He attended Northeast High School where he was... View Obituary & Service Information

The family of Michael Duane Wallace Sr. created this Life Tributes page to make it easy to share your memories.

Send flowers to the Wallace family.