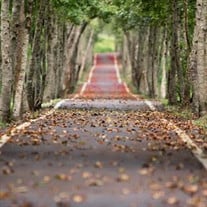 Larry Leon Hendon - 64, of Moore, OK peacefully passed away in his loving home September 3, 2020. Larry was born April 28th 1956 in Beardstown, Illinois. Larry attended and graduated from Choctaw High School in 1975. He followed his dad's footsteps and was a Boiler Maker and operated by trade. Just like his dad you could ask him anything about boilers and he knew. Later in 1980 Larry met and married Lisa, had 3 daughters, then was blessed with 1 grandson and 5 granddaughters. Larry enjoyed anything on the spur of the moment. Best times were not planned, just being together anywhere. Larry was fun loving, liked to tease, and never met a stranger. If you asked Larry his name he would say "Larry Leon Self Owens Hendon October III." Larry loved his wife's cooking as many of you know. Lisa stated that it is hard to summarize someone's life in just a few lines to how wonderful a person is, but he was. He loved so deeply and was loved the same. For 40 years and for the rest of her life Lisa will remember Larry for being a strong, handsome, loving husband and a wonderful father and a fun loving grandfather. He meant so much to so many people. Larry is survived by his loving wife Lisa; daughters Shawnda, Raechel and Amber; grandchildren Lyrissa, Zaira, Ryan, Rozlyn and Lillie; mother Wilma; sister-in-law Patti; brother Kenny and his wife Rhonda; sister-in-law Denise; sister Tonua and her husband Ron Hullette; brother Ben and his wife Dusty; father-in-law Bennie Scudder; sister-in-law Pam and her husband Gordon Brown; brothers-in-law Lonnie Quinton and Benji Scudder; many nieces, nephews and friends. He was preceded in death by his dad Tommy "TL"; mother-in-law Nona Scudder; brothers Jack and Jimmy; brothers-in-law Donnie and Melvin Scudder; niece Cassie; and granddaughter Zoey. Services are pending at this time. Condolences may be expressed online at www.CorbettFuneral.com or in person at Corbett Funeral and Cremation, 807 W Wilshire Blvd, Oklahoma City, OK 73116. The Candy Man In my wildest dreams, and I've had a few, I never thought I'd find, a sugar engineer down in bricktown, but he's there and a friend of mine. His given name I know is Larry, tho I've never called him that, this engineer that creates his mix, while wearing a Van Hoose hat. The job he has is a special one, train cars of sugar he meets, then changes the sugar to sugar water, that's what makes the candy sweet. His brown hair is worn in a ponytail the brown beard is very long too, the light shirt he wears in dark trousers tucked, completes the uniform of blue. He's kind to all, a smile he shares, with people that he does meets, the rich and the poor, and coffee for the unfortunates on the streets. I've known him in this special time the one our friendship spans, this gentle man called Larry; to me he's "The Candy Man." By Wayne Fuller

The family of Larry Leon Hendon created this Life Tributes page to make it easy to share your memories.

Larry Leon Hendon - 64, of Moore, OK peacefully passed away in...

Send flowers to the Hendon family.