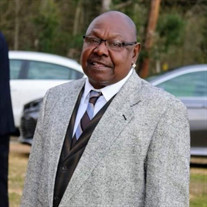 Kenneth Wayne Zackery was born on April 16 , 1960 in Dallas, Texas to JC and Alfreda Zackery Jr. He attended school at South Oak Cliff in Dallas, Texas and grew up in the Church of Christ. In Kenneth’s younger years he fathered 4 children. He later married Margaret Zackery and took on the role as father to her son Xavier aka Zeebie. They later gave birth to their youngest son Marcus. Kenneth worked as a chef for many years and coached little league football. Kenneth aka Kent aka Kenny was a nurturer to all of his nieces and nephews. Coach Kenny as his fellow coaches and players called him, would help lead his team to many victories. You could always find him on the field, talking fast with a blow pop in his mouth. Kenneth’s favorite food was chicken. He would suck the marrow from the bones, eat the grissle and chew the bone if he could. There were many family dinners, where he would walk pass our plates to inspect the chicken bone. Even when we thought we had eaten all the chicken, he would say “look at all that chicken on there!” He would grab the bone, and do his thing with it. Over the years Kenneth’s health started to fail him, on February 12 he was called home. Kenneth was preceded in death by his parents JC & Alfreda Zackery Jr.; sisters Almeter Lee, Brenda Mayes, Barbara, Juanita, Wanda, & Beverly Zackery; brother, Willie Steele Sr.; nephew, Rickey Jackson Jr., & his brother-in-law Oscar Sample. Kenneth leaves to cherish his memories, his siblings, Baby Sister Annette Sample & Helen Jackson (Rickey Sr.), God Sister, Vivian Dixon (Ben Sr.); step-siblings, Sharonn’e Barclay, Reshial Ellis, Edward Barclay, Stephon Peoples, & Stacy Jordan; his children, Keisha Crane, Kendrick Herane, Xavier Grayson, Shaunteia Powell, Marcus Zackery, & Travis Zackery-Carbarjal, ; his eight grandchildren; his nieces & nephews Carlos Lee, Harold (Mahogny), Toinette (Carlos), T’Letha (Jessie), Joseph Zackery (Camaara), Chiquitha Sherfield (Terrell), Ta’Meika Mayes, a host of great nieces and nephews, and great-great nieces and nephews.

Kenneth Wayne Zackery was born on April 16 , 1960 in Dallas, Texas to JC and Alfreda Zackery Jr. He attended school at South Oak Cliff in Dallas, Texas and grew up in the Church of Christ. In Kenneth&#8217;s younger years he fathered 4 children.... View Obituary & Service Information

The family of Kenneth Wayne Zackery created this Life Tributes page to make it easy to share your memories.

Send flowers to the Zackery family.