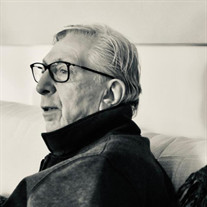 Mass of Christian Burial Tuesday, March 8th, 2022 at 1:30 PM The Cathedral of Our Lady of Perpetual Help 3214 North Lake Oklahoma City, OK 73118 John David Schoell, 80, Oklahoma City - passed away on March 3, 2022 after a lengthy struggle with Alzheimer's disease. He was born in Minneapolis, Minnesota on December 10th, 1941 to the late William and Joyce Schoell. John grew up on Lake Minnetonka and graduated from The Blake School in Hopkins, Minnesota. He attended Augustana College in Rock Island, Illinois, graduate school at Iowa State and received his Ph.D. in Psychology from the University of Oklahoma. John married Suzanne Smart in Oklahoma City on June 9, 1982. John was a clinical psychologist for over 40 years. He was very compassionate, had a great sense of humor, and was also a great listener to many. John was an early practitioner of EMDR therapy to help people deal with PTSD, anxiety and trauma. His hobbies included sailing, photography, traveling, reading, woodworking and walking his beloved dog, Dixie. John is survived by his wife, Suzanne, his daughter Kirsten (Michael), his son David (Diana) , his granddaughters, Mara (5) and June (1), his sisters Susan (Ed), Mary (Lindsay), his brother Peter (Mary Jo) and many nieces and nephews. Mass of Christian Burial will be held on Tuesday, March 8th, 1:30 p.m., at The Cathedral of Our Lady of Perpetual Help, 3214 North Lake Avenue, Oklahoma City, Oklahoma. In lieu of flowers, please send any donations to Alzheimer's Association, Oklahoma Chapter.

The family of John Schoell created this Life Tributes page to make it easy to share your memories.

Send flowers to the Schoell family.