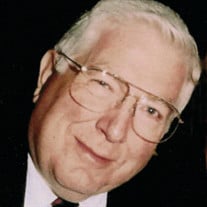 James Foster Penny was born June 1, 1936 in Albuquerque, New Mexico. He died on February 3, 2020 at the age of 83 in Oklahoma City, Oklahoma. As the son of Lieutenant Colonel H. Glenn Penny and Anna Foster Penny, he lived on a number of military bases during his youth. After World War II they were stationed in Japan for a few years. Upon their return to the United States he was a student at Shattuck Military Academy. After graduation he continued his education at Missouri Valley College, where he was a member of Tau Kappa Epsilon fraternity and received a Bachelor of Science in Business Administration. After college he enlisted in the United States Army Reserves and served in the early 1960’s. During which time he met and married his lifelong love Judy Anne Smith of Stillwater, Oklahoma. After honorable discharge from the military he worked in the insurance industry for a few years as an adjuster, after which he began a very successful career as a sales representative. He represented companies such as Carnation, Underwood, Olivetti, and Compugraphic. He was as well-groomed and charming as he was tenacious, he would not give up on a deal. No matter what company he represented he was always number one in sales. Over his long career he earned many plaques, trophies, company paid vacations and company rings. By the end of his time with Compugraphic, his company ring had been upgraded so many times the top was covered with diamonds. Jim was a devoted family man, and as a loving husband and father, he and his wife Judy Anne raised five children together in NW Oklahoma City, a son and four daughters. His family always came first and was the pride of his life. He is survived by his wife of 58 years, Judy Anne; his son, James Glenn and wife Stacy; his two daughters, Jann Margaret and Jamie Sue and his only grandchild, Krystalyn Aubra Lasater. He also leaves behind his loyal canine companion, Scout. He is proceeded in death by his beloved daughters, Jinger Kay Penny and Jeanette Lynn Lasater, he will be laid to rest beside them in Resurrection Memorial Cemetery.

James Foster Penny was born June 1, 1936 in Albuquerque, New Mexico. He died on February 3, 2020 at the age of 83 in Oklahoma City, Oklahoma. As the son of Lieutenant Colonel H. Glenn Penny and Anna Foster Penny, he lived on a number of military... View Obituary & Service Information

The family of James "Jim" Foster Penny created this Life Tributes page to make it easy to share your memories.

Send flowers to the Penny family.