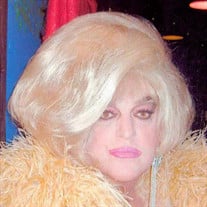 Gregory Winton Green was born in Syracuse N.Y. on November 10, 1946 and departed this earth on February 3, 2022. He was preceded in death by his parents, Winton and Kathleen Green. He is survived by life partner Joseph Lamar Asher and his brother, Bruce Green & wife Carla, nieces and nephews, Trevor Green and wife Katrina, Tracy Brown and husband Jamie, and Andrew Green. He has also been blessed with many great nieces and nephews, Samantha Green, Desmond Green, Anna Green, Zoe Green, Hadley Green,Dylan Brown, Lilly Brown, and Alyssa Wray and husband Michael. In his younger years, his family along with brother, Bruce moved to Wakefield, Ma then Philadelphia Pa. following his fathers job around. The family ended up in Okc when he was a teenager. While in high school, he worked at McDonalds and local drug stores. After graduating from John Marshall High School, he worked for a variety wholesale company as a delivery man. After saving his money, he was able to enroll in Pauls Beauty School. Greg had a fifty year career in hair styling in numerous salons. After finishing school, he went to work at Montgomery Wards Salon. He met his best friend Michael Kessler who also worked in the salon. After a long day at work while resting, the manager asked him to watch a load of towels washing...shortly after Greg was walking through water that had flooded the entire department. He said "Oh well" and that was their last day at that salon. He moved to a small salon. There, the owner did drag. He convinced Greg to dress up to be his back up singer, of course he liked it and starting working in local clubs. Greg would have a decades long, fabulous and satisfying career in live entertainment as “Ginger Lamar”. Greg and J.L. met in the spring of 1974. By August of '74 they were a couple, exchanging vows and rings in front of a few friends. He realized that J.L. knew how to sew. He had never made a dress but only his own clothes. After a lot of coaxing, he finally made a dress…a lot of dresses! He wanted to go to a Halloween Ball so J.L. colored a wig bright red for him and that was the birth of Ginger Lamar He was hired full-time as host at Tonys Club. From there he went on to perform in local clubs, theaters, Bricktown Comedy Club, Jokers, television and Showtime. And you know the rest!!!!!! Meto Library archived interview with Greg https://www.metrolibrary.org/archives/audio/2020/03/oral-history-greg-greene Special thanks to Kitty Bob Aimes & Keisha LaRue A Celebration of Life will be held Monday April 4th, 2022 at 1:00 P.M. in the Grande Hall of Castle Falls, 820 N MacArthur Blvd, Oklahoma City, OK 73127.

Gregory Winton Green was born in Syracuse N.Y. on November 10, 1946 and departed this earth on February 3, 2022. He was preceded in death by his parents, Winton and Kathleen Green. He is survived by life partner Joseph Lamar Asher and his... View Obituary & Service Information

The family of Gregory Winton Green created this Life Tributes page to make it easy to share your memories.

Gregory Winton Green was born in Syracuse N.Y. on November 10,...

Send flowers to the Green family.