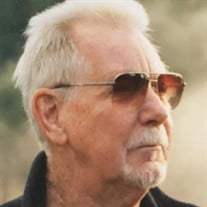 Gary Ray Ryan, 84, of Oklahoma City, died suddenly Tuesday, August 28. Gary was born on July 26, 1934, in Wichita, Kansas to Charles W. and Geraldine Nichols Ryan. He moved to Oklahoma City in the early 1950’s and graduated from Classen High School. Gary was admired for his passionate activism toward responsible gun control and will be remembered for embracing civil rights and diversity of all kinds with his huge, very blue, heart. He was a beloved husband, father, grandfather, Sooner football fan and dog lover. Gary is survived by his children, Tim Ryan, Seattle, WA; Kelly Ryan, Cindy Radford, Shannon Ryan Hitchcock, and Brace Hitchcock, all of Oklahoma City; two grandchildren, Brendan and Tristan Hitchcock; sister Mary Jane Penwell and husband Bill, Greenwich, CT, and brother Bruce Ryan and wife Sheila, Dallas, TX; his dogs, Max and Rici; as well as many special nephews, nieces, in-laws, and friends. Gary is also survived by constant companion Donna Steward who was an endearing and dedicated friend in the last years of his life. He was preceded in death by beloved wife Shirley Ryan, as well as first wife and good friend Patsy Ryan, and his pride and joy – a fully-loaded, cherry red Mustang GT which he took great pride in customizing. Gary attended Oklahoma State University and was a member of Sigma Phi Epsilon Fraternity. For many years he joined in running the family business, Ryan Freight Lines, and remained in the transportation industry for most of his career; later in life he volunteered for Community Action Agency and Victory Church. Gary was a remarkably kind person with a strong faith in God and will be greatly missed. Services will be held on Tuesday September 4th at Victory Church, 4300 N MacArthur Blvd, Warr Acres, OK at 10:00 am. In lieu of flowers, donations may be made in Gary’s memory to Pets & People, Yukon, Ok or Everytown for Gun Safety,

The family of Gary Ray Ryan created this Life Tributes page to make it easy to share your memories.

Send flowers to the Ryan family.