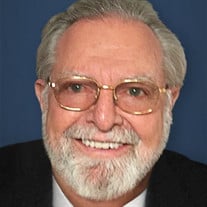 Gary Leon Brooks November 8, 1950 – September 2, 2018 Oklahoma City, Oklahoma Gary L. Brooks, prominent trial lawyer and beloved husband, father, and grandfather, died September 2, 2018, in the comfort of his home. By his side were his wife, Ann; their son, Michael; and their closest family friend, Robert Meister. Gary was 67 years old. Gary’s parents were Glenn and Lois Brooks. As the son of an Air Force officer, Gary lived in Europe, Asia, and many places from the East to West Coast of the United States. After graduating high school in Virginia, Gary went to Reed College in Portland, Oregon, but he decided that throwing newspapers in the rain every morning was not for him. In 1969, he returned to Oklahoma and began attending the University of Oklahoma, where he majored in letters and religion. He went on to graduate with honors from the University of Oklahoma College of Law in 1975. Gary paid his own way through college and law school by buying, remodeling, and flipping houses. After graduation from law school, he hung a shingle on Main Street in Norman and began practicing law. Gary devoted the majority of his legal career to representing individuals and families harmed by the negligence of others. He took pride in helping ordinary people take on corporations and other powerful interests. Gary made a difference in the lives of countless clients who could not afford to hire a lawyer by the hour. Gary was board certified in medical negligence by the American Board of Professional Liability Attorneys and in civil trial law by the National Board of Trial Advocacy. He served on the governing boards of both organizations. In his later years, Gary began a mission of promoting board certification for attorneys; it was his hope that someday lawyers would be certified specialists just like doctors. In his tenacity, he founded the American College of Board Certified Attorneys and assisted many of his colleagues in becoming board certified. Gary served as the President of the Oklahoma Trial Lawyers Association in 1999. He was appointed to Oklahoma Board of Medical Licensure by Governor Brad Henry in 2003. This year he became of a member of the United Way board but decided to resign as a result of his declining health. Gary also assumed a leadership role in numerous lesser-known organizations. He spearheaded a project to beautify his neighborhood street, served as president of his office complex association, and took on the undesirable position of president of his condominium association in Playa del Carmen, Mexico. He rarely turned down a request to lead and always used his brilliance to make things better. Gary could be brash, obsessive-compulsive, and hardheaded. But anyone who truly knew him was aware of his gentle nature, generosity, and compassion for others. Gary was always willing to use his time and resources to improve the lives of those around him, whether it was a family member, friend, client, or caller who did not have a viable case but just needed to talk with someone who cared. Gary will be deeply missed by all those whose lives he touched. Gary leaves behind his wife, Ann, who was his true partner in every aspect of his life, whether it was practicing law, managing real estate, remodeling properties, or traveling. Over almost three decades together, Gary and Ann rarely spent a day apart. They traveled all over the globe, setting foot on every continent. They also spent time in their homes in New Orleans and Mexico. But in recent years, they found it hard to leave the smiling faces of grandchildren and wagging tails of westies. In addition to his wife, Gary leaves their son, Michael, and his wife, Mary; son Reid; father, Colonel Glenn L. Brooks; four grandchildren, Benjamin L., Charlotte, Evelyn, and Benjamin C; brother, Spencer, and his wife, Patty; mother-in-law, Velda Burns; “son by osmosis,” Robert Meister, and his husband, Rodolfo; and many extended family members. Gary was preceded in death by his former wife Brenda; mother, Lois; and son William. In his later years, Gary didn’t always look the part of a successful attorney. He traded in his designer suits and custom cowboy boots for jeans and loafers. Most days he could be found in the parks of Nichols Hills walking his westies. In the last days of his life, he shared with his family that he had accomplished all he had set out to do, and that he was at peace with his destiny having been diagnosed with cancer a year earlier. He was happy that his legacy would endure with his son Michael carrying on the law firm he built with Ann. He truly felt that he had lived the American Dream. A celebration of life will be held at the Oklahoma City Golf & Country Club on Friday, September 7, 2018, at 11:30 a.m. In lieu of flowers, those wishing to honor Gary’s memory are encouraged to make a donation to any animal shelter or the American Cancer Society.

The family of Gary L. Brooks created this Life Tributes page to make it easy to share your memories.

Send flowers to the Brooks family.