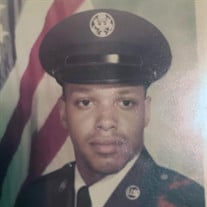 Christopher Leon Harper was born to Lee Davis Harper and Eleanor Marie Goode Harper McCray on May 7th, 1961 in Houston Texas. His father and his loving grandfather William Harper proceeded him in death. Chris grew up in Temple Texas, and after graduating from Temple High School in May of 1980, he enlisted in the United States Air Force and served from 1980 – 1986 discharging honorably as Sergeant. Chris’s love of travel pushed him towards a career in long haul trucking until he met Sharon Kay, he then decided to make Oklahoma City his home. Sharon became his friend and his partner for 30 years. He attended Vatterott College and studied computer technology to add to his experience. Christopher worked for American Truck Training School as an administrator and CDL instructor until he became ill in 2016. He enjoyed fishing, Star Trek and all science fiction. Christopher, lovingly known as Jazz, Blue Streak, and Doc Holiday dropped off his final load to his heavenly father on July 29th, 2020. He leaves to cherish his memories his wife Sharon Kay Harper, His mother Eleanor Marie Goode Harper McCray, of Jasper Texas, his stepdaughters’ Lolita, Emily and Tina Roberts, his grandchildren Chasidy, Martina, Marcus, Coreyontae, Kaden, Breann and Kalem, all of Oklahoma City and a host of family and friends. Special thanks to Eleanor McCray, Kathy Ildebird, Willie & Barbara Ann White, Leaner Scott, Odessa Williams, Emily Roberts, Heather Roberts, Candence Gray, Sylvester & Christie Prince, Charles and Bonita Prince and Katie Jones. We would also like to thank Chaplain Miles Knutson and the Valir Staff. If ever there is a tomorrow when we are not together, there is something you must always remember You are braver than you believe You are stronger than you seem And smarter than you think But the most important thing is even when we are apart, I WILL ALWAYS BE WITH YOU.

Christopher Leon Harper was born to Lee Davis Harper and Eleanor Marie Goode Harper McCray on May 7th, 1961 in Houston Texas. His father and his loving grandfather William Harper proceeded him in death. Chris grew up in Temple Texas, and after... View Obituary & Service Information

The family of Christopher Leon Harper created this Life Tributes page to make it easy to share your memories.

Send flowers to the Harper family.