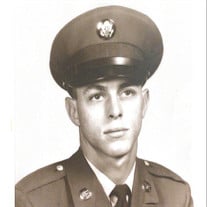 Our family mourns the passing of our beloved long time Barber/owner of Barber Shop Corner who was loved and respected in the business community and those he faithfully served on a daily basis. He impacted many people and one shared comment from people that knew Tony is that he was such a great conversationalist. When leaving any conversation with Tony you would feel appreciated and joyful. He knew how to look at every situation in a positive light and always put God first in his life. We are so thankful for the impact he left on his family, friends, business partners, and the many people that crossed his path. Anthony “Tony” Dwight Allen of Oklahoma City peacefully passed away at the age of 75 on Monday, February 1, 2021 @ 10:24 PM leaving his earthly body to join his Lord and Savior in heaven while being cared for by the compassionate and caring medical staff at Integris Baptist Hospital. He leaves behind his beautiful wife, Stephanie Linda Allen; their son, Tim Allen and wife Sherri Allen; daughters Bobbi Powell and husband John Powell, Tammi Sass and husband Randy Sass, Tiffany King; sisters Darlene Williamson, Janie Davis and husband Kenneth Davis, Vickie Calvert and husband Lloyd Calvert, and numerous Grandchildren and great Grandchildren. Tony was preceded in death by his parents, Buel and Wanita Allen; brother, Wendell Allen and sister-in-law Betty Allen. Tony was born June 13, 1945 to father Buel Allen and mother Wanita Allen. He grew up in a loving family with 3 sisters and 1 brother. Tony joined the Army on September 20, 1965, where he served his country proudly in the Vietnam War until his Honorable Discharge on June 20, 1967. While serving his country he earned several awards; Army Good Conduct Medal, Vietnam Service Medal, National Defense Service Medal, and Republic of Vietnam Campaign Medal. Using his G.I. Bill, he attended Barber College in Oklahoma City while also working as a waiter at Cattleman’s Steakhouse which became his life long passion. He started his Barber career at Grandview Barber Shop and worked there for many years until he opened his own business called, Barber Shop Corner with his good friend and business partner Harold Hand. Together they created a unique experience that resembled the old time Barber Shops from their youth. While living in Kingfisher he opened Barber Buzz where he would work nights after finishing his day at Barber Shop Corner. Tony received his Pastoral Ordination on August 18, 2002 while he was helping launch the New Church of Kingfisher County in Kingfisher, Oklahoma. Tony was a driven professional and Entrepreneur with an unmatched work ethic that he instilled in his children and grandchildren. In addition to barbering, he had a successful lawn business for many years. He loved his family with all his heart which he served faithfully for many years and was always willing to go above and beyond to help those in need without hesitation. Tony has requested to be cremated. His ashes will be interred at Fort Sill with a visitation headstone to commemorate his life as a Military Veteran. A Memorial Service will be held at Sunnymeade Baptist Church, 2800 W. Britton Rd., Oklahoma City, OK on Saturday, February 13, 2021 at 2:00 PM. Due to COVID restrictions memorial services are being restricted for family. We are; however, providing an opportunity for those not able to attend the memorial to share in “A Walk through My Life (Tony Allen)” located in the Fellowship area at the back of Sunnymeade Baptist Church from 9:00AM – 11:00 AM on February 13. Tony was often called, “The Donut Man” so as a tribute we will be offering a free donut with coffee, lemonade, or tea. This is a come and go event. The family would especially like to thank the many friends and family that have visited, called, and brought food to show their support and love, and for the constant attentive care by the medical staff at Integris Baptist Hospital. In lieu of flowers please consider donating on Tony’s behalf to the Disabled American Veterans (DAV) National Service Foundation.

Our family mourns the passing of our beloved long time Barber/owner of Barber Shop Corner who was loved and respected in the business community and those he faithfully served on a daily basis. He impacted many people and one shared comment... View Obituary & Service Information

The family of Anthony Dwight Allen created this Life Tributes page to make it easy to share your memories.

Our family mourns the passing of our beloved long time Barber/owner...

Send flowers to the Allen family.